John Allen is proud to offer Rock Steady Boxing as an affiliate with certified coach and personal trainer Lisa Rast. Early in 2010 Lisa’s mom was diagnosed with Parkinson’s disease. It wasn’t until a couple years ago when the disease started progressing more rapidly when she knew she had to become proactive and discovered Rock Steady Boxing (RSB). Founded in 2006 RSB was a first of its kind, Indianapolis based non profit gym, founded to provide an effective form of physical exercise to people who are living with Parkinson’s. RSB inspires effort, speed, strength, balance by providing a non-contact boxing style fitness program to improve quality of life and sense of self worth.

WHAT IS ROCK STEADY BOXING? 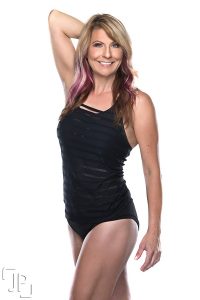 Parkinson’s disease is a degenerative movement disorder which can cause deterioration of motor skills, balance, speech and sensory function. The Parkinson’s Disease Foundation estimates there are more than 1 million people in the United States diagnosed with Parkinson’s disease, and more than 60,000 people are diagnosed each year. Rock Steady Boxing is the first gym in the country dedicated to the fight against Parkinson’s. In our gym, exercises are largely adapted from boxing drills. Boxers condition for optimal agility, speed, muscular endurance, accuracy, hand-eye coordination, footwork and overall strength to defend against and overcome opponents. At RSB, Parkinson’s disease is the opponent. Exercises vary in purpose and form but share one common trait: they are rigorous and intended to extend the perceived capabilities of the participant.

Various studies in the 1980s and 1990s supported the notion that rigorous exercise, emphasizing gross motor movement, balance, core strength, and rhythm, could favorably impact range of motion, flexibility, posture, gait, and activities of daily living. More recent studies, most notably at Cleveland Clinic, focus on the concept of intense “forced” exercise, and have begun to suggest that certain kinds of exercise may be neuro-protective, i.e., actually slowing disease progression. Our clients attest, and academic institutions, such as University of Indianapolis and Butler University, are reporting and documenting the improved quality of life among our boxers. Discovery of a cure may be many years away but in the last seven years, there is evidence that progress is made in all stages of the disease by those participating in the RSB program. Call today to schedule an appointment to visit the gym, speak privately with a Coach, or watch a class in action. Please consult your physician before starting any exercise program.

This message is only visible to admins.
Problem displaying Facebook posts. Backup cache in use.
Click to show error

Error: Error validating access token: The session has been invalidated because the user changed their password or Facebook has changed the session for security reasons. Type: OAuthException